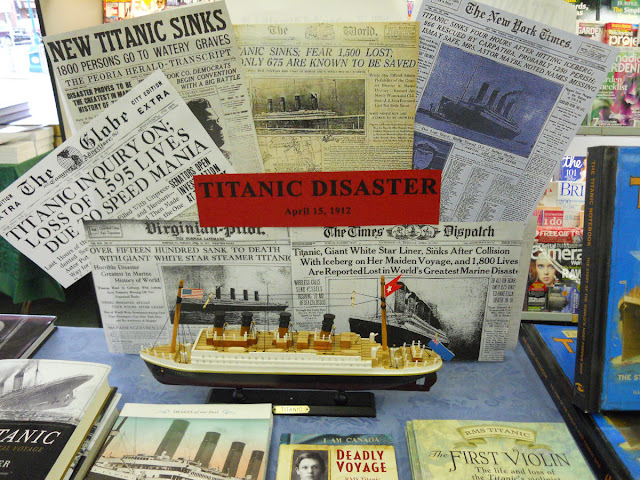 100 years ago on this day, April 15, 1912, a big cruise liner sank in the Atlantic Ocean.
We live near the Pacific Ocean so this is far away from us.
The people on the Titanic ship were so excited to be sailing from England to America.
The Titanic was a HUGE ship and brand new. The rich people must have had fun before they died.
Nearly all of them did die.
That's because the Titanic hit a big iceberg in the dark night and it made a huge hole and the Titanic sunk in 2 hours and 40 minutes. People had said it couldn't sink. The iceberg proved them wrong.
There were only 20 life boats on the ship.
That is why most people died in the cold ocean.
I have never been on a cruise ship. Neither has Maman. 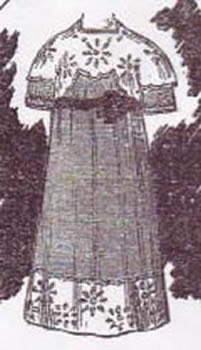 This is what I would have worn in 1912 on the Titanic, if I had gone.
I am glad I didn't go.
But I would like Maman to make me this dress. 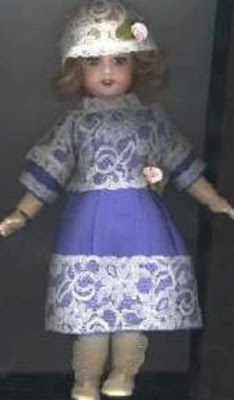 This is Dalfina wearing the pretty dress.
It is #15 in the 1912 patterns at the Bleu Door Portal.
All the patterns are FREE if you wish to make something nice for your Bleuette.
Love from Yvette Marie xoxoxo
Posted by Loretta at 2:04 PM

I love this pattern also. I made a dress about a month ago using this pattern. Very pretty.
betty
doll-college.blogspot,com

Dalfina's dress is just about the most beautiful color I have ever seen!